IODE Sarnia-Lambton is composed of two chapters.  They are Hon. Malcolm Cameron in Sarnia and the Margaret Stokes Chapter in Petrolia.

The Margaret Stokes Chapter has its own website that you can visit by clicking on this link. http://www.IODEMargaretStokesPetrolia.ca 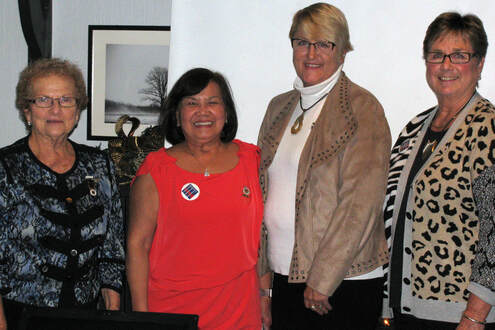 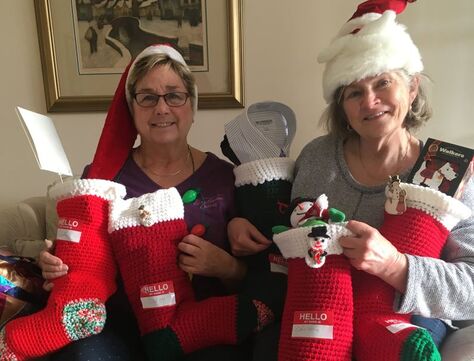 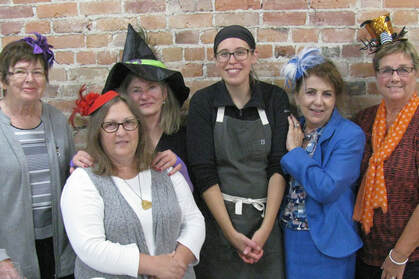 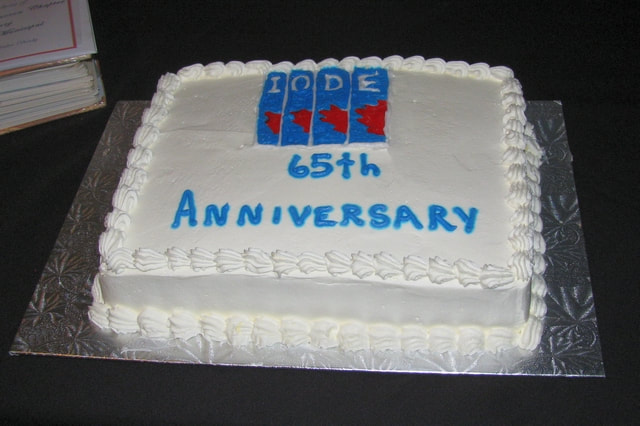 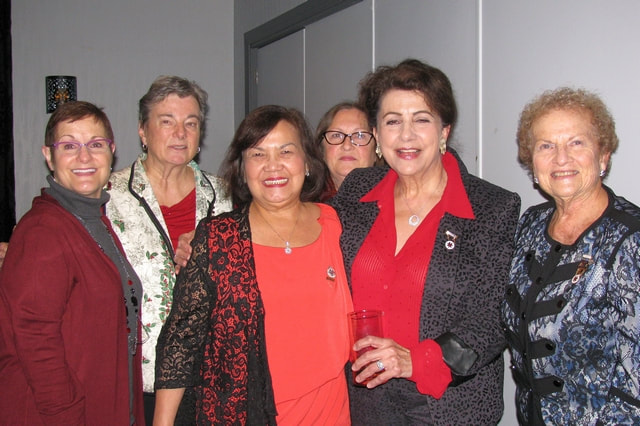 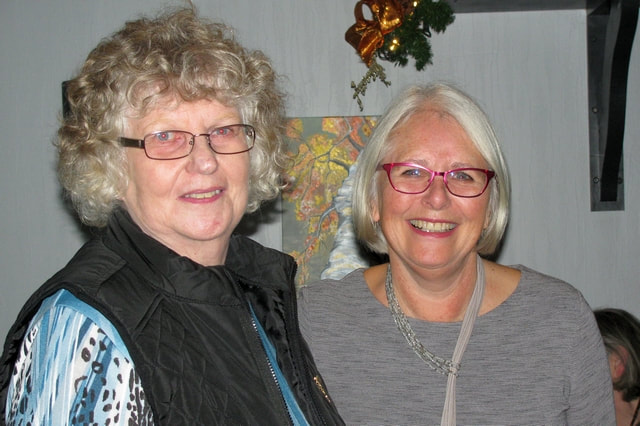 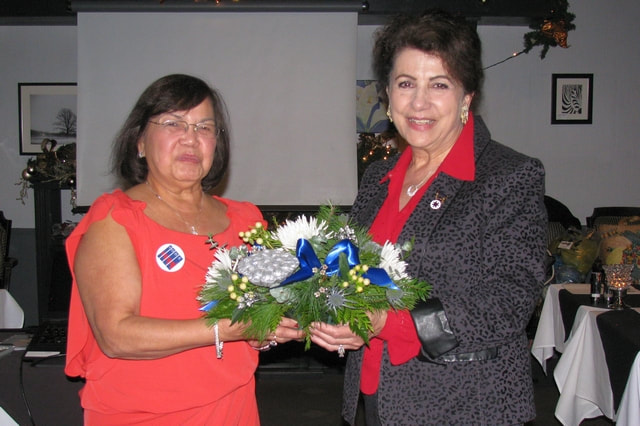 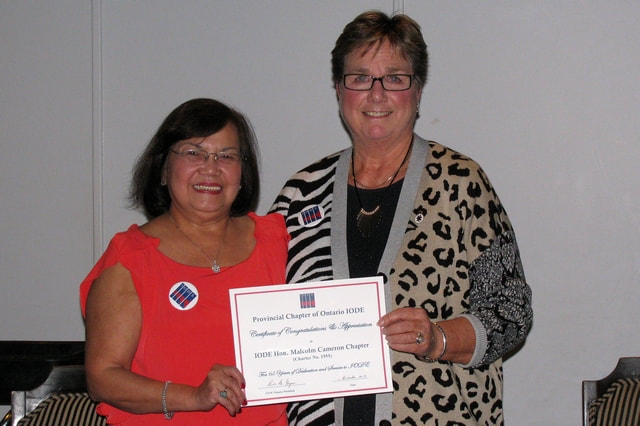 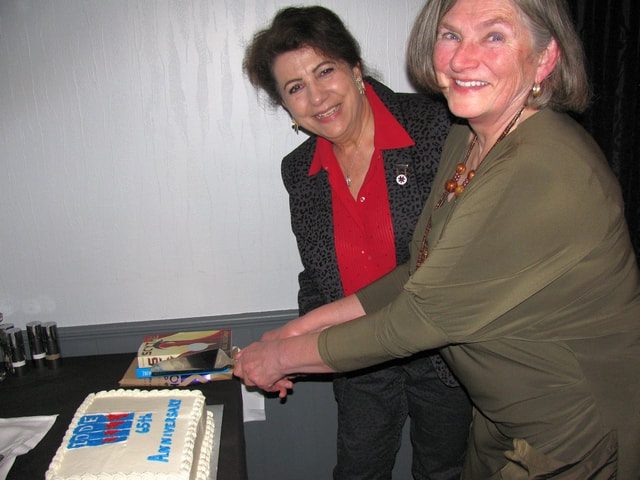 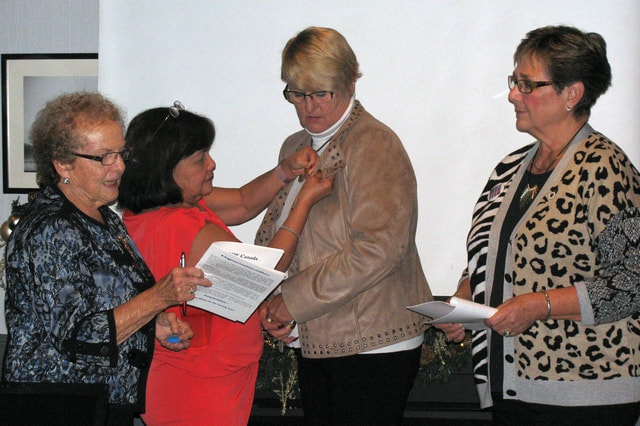 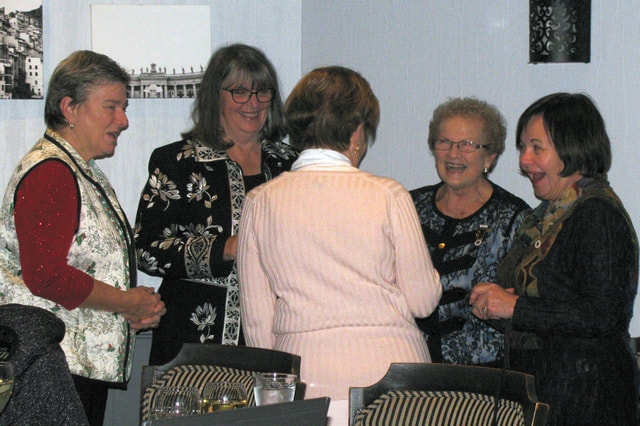 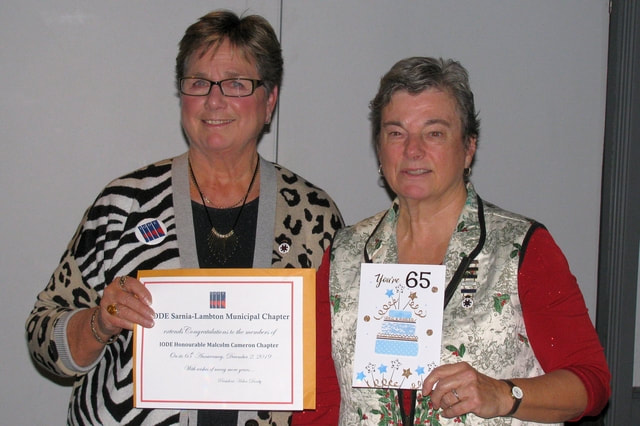 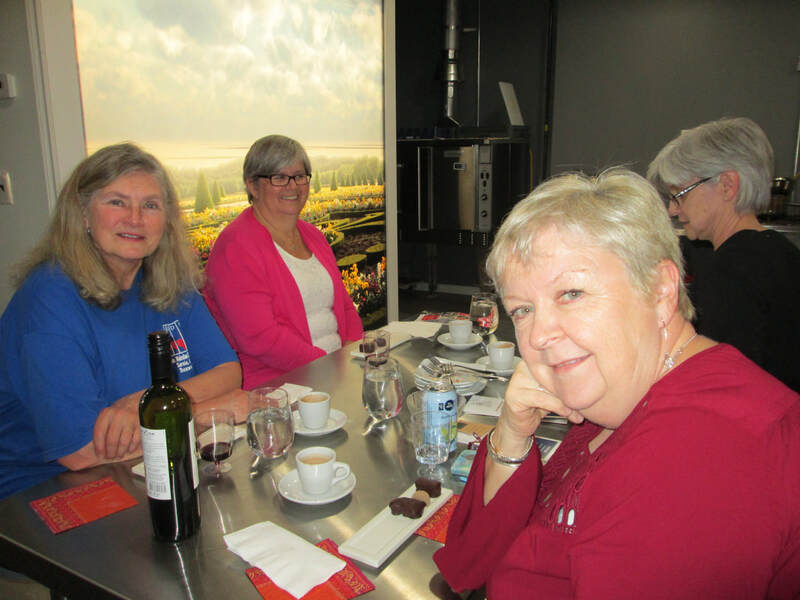 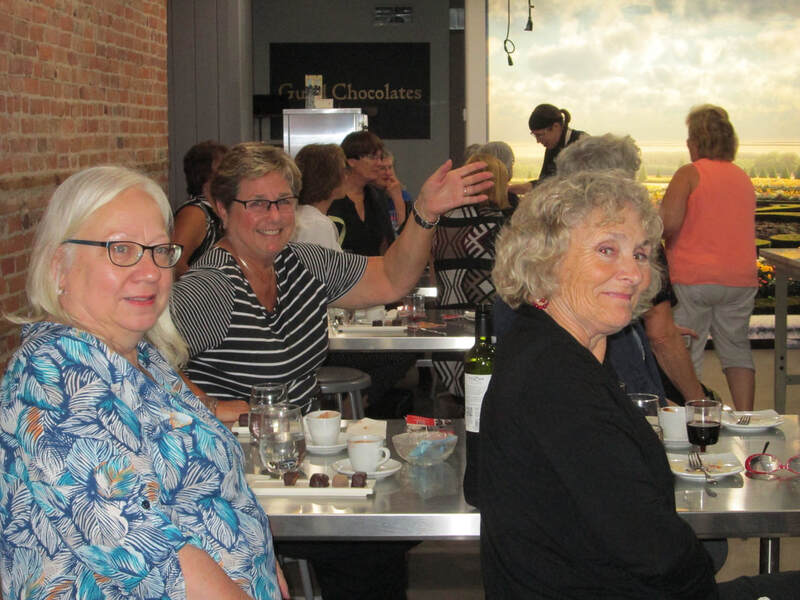 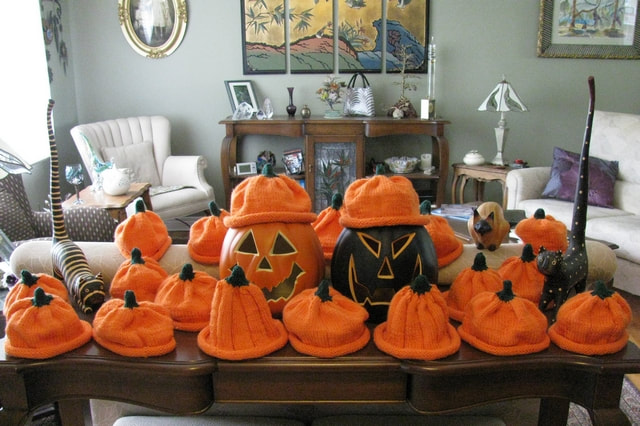 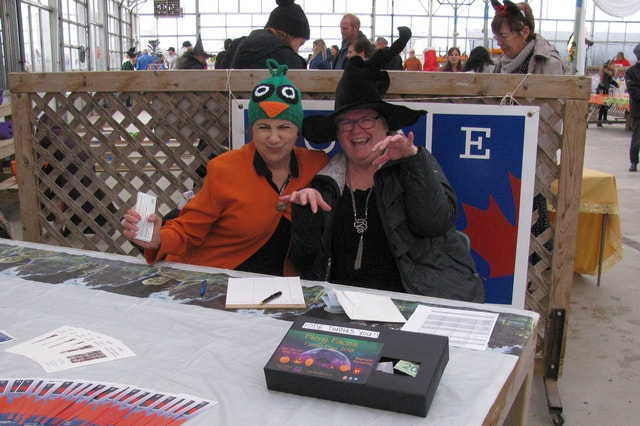 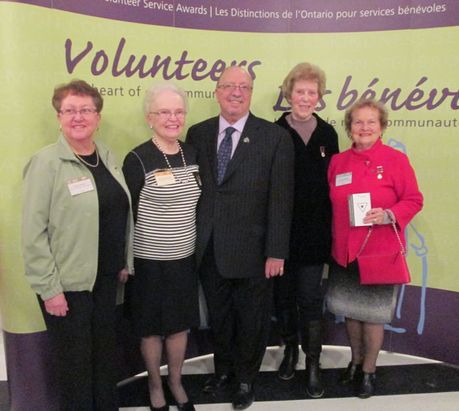 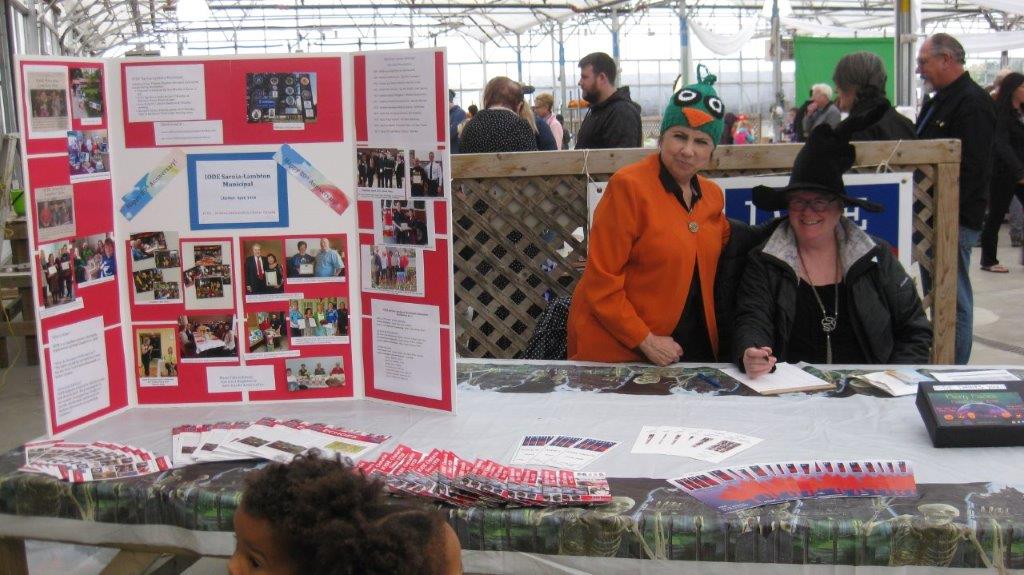 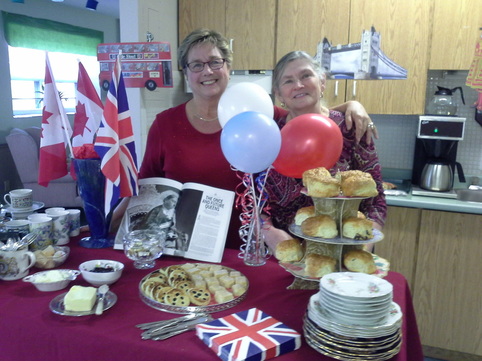 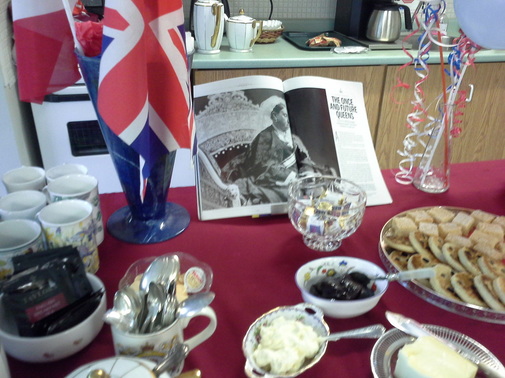 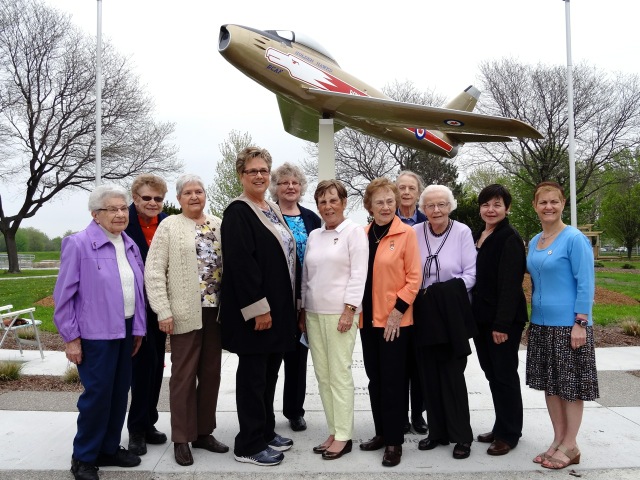 To commemorate their 60 years anniversary, IODE Hon. Malcolm Cameron, one of the four chapters under the IODE Sarnia-Lambton Municipal jurisdiction,  donated $5,000 to purchase granite markers towards the F86 Sabre Golden Hawk Restoration project. These boulders will contain engraved names of the crew members, mechanics and all the people involved in the restoration project. The F86 Sabre Golden Hawk is now located on a pedestal at Sarnia, Ontario’s Germain Park., Sarnia where a re-dedication ceremonies was held on May 31st, 2015.

The funds were raised through  the chapter’s participation at the Spring Plant sales and the Annual Christmas Home Tour. 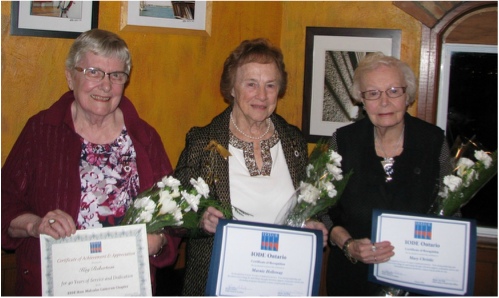 MARY  CHRISTIE.
In February of 1946 Mary joined the Major Robert Murtrie IODE Chapter in Guelph.  In 1955 she joined our Hon. Malcolm Cameron Chapter and was President in 1959-1961.  Through the years to the present time Mary has held many offices.   In 1962 she filled a  World Affairs position and in 1970 did cancer dressings – all in the name of IODE.  In December 1995, Mary received her 50 year pin and in 2009 our Chapter presented Mary with a Life Membership. Today Mary received her 70 year certificate for her many years of dedication to IODE.

MARNIE  HOLLOWAY
In April of 1946 Marnie joined IODE in Halifax.   Through the years, before joining our Chapter in 1992, Marnie belonged to 9 other Chapters throughout Canada, as well as being a Provincial Delegate in Alberta and on the National Council.   She has been Regent  (President) 4 times plus holding many other offices.  In 1995 Marnie received her 50 year pin and in December 2009 a Life Membership from our Chapter.  Tonight, Marnie, was presented with her 70 year certificate for her commitment and service to IODE.

KAY ROBERTSON
In 1976 Kay joined Hon. Alexander Vidal Chapter in Sarnia.   When that Chapter disbanded we were fortunate to have Kay join  our Chapter on February 4, 2002. Kay has served as President twice, along with filling other IODE positions.  Kay was a very faithful Store Manager and Convenor for 18 years at our IODE Economy Store until it closed. Kay received her 40 year certificate and we thank her for her dedication and service to IODE.

The Chapter ended 2012 with a wonderful Christmas Social hosted by Mary Christie and her committee at the Sandpiper.   As part of their Christmas celebration, the members brought books for the Organization for Literacy Christmas hampers and made a donation to the Sunshine Wish Foundation.

In 2001 members attended the national Convention in London and 2002, in Honour of the Queen’s Jubilee, the Chapter arranged a bus trip to Hamilton to view the Queen’s presentation of colours to the Argyll and Sutherland Highlanders of Canada (Princess Louise’s) regiment.  On Heritage day we were honoured to assist in the tribute to the Life of Pauline McGibbon.

Services--coffee and supplies for the Salvation Army drop-in Centre and $200 to purchase gifts for the clients at Christmas (recently discontinued), C.N.I.B. craft class refreshments, citizenship court refreshments, Sweaters and baby afghans to the Children’s Aid Society, baby hats and sweaters to Bluewater Health Nursery, sweaters sent to Provincial, lap robes to local nursing homes, school breakfast program, cleaning supplies for the Women’s Interval Home and a microwave was purchased for the Medically Fragile.

50th Anniversary November 2004
Celebrated at the Sarnia Golf & Curling Club, a video of the last fifty years was produced by Lois Hastings and Narrated by Evelyn Waugh.  Chapter members decorated a Christmas Tree with an IODE theme at the O.L.G. Charity Casino and won third prize! 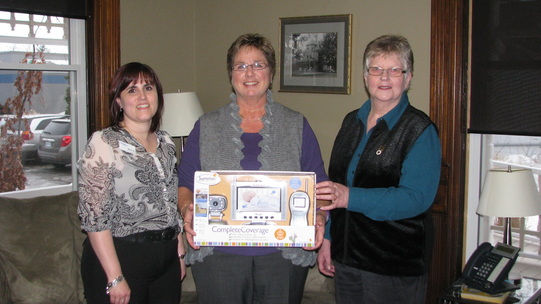 A video monitor is presented by the IODE Hon. Malcolm Cameron Chapter to the St. Joseph Hospice staff.
HON. MALCOLM CAMERON IODE celebrated 58 years as a Chapter by donating special needs to the following organizations in the community:
Three Firefighters Rehabilitation Chairs to be used by firemen attending a fire.
Money and books for a bursary program at the Women’s Interval Home
Funding for the Rebound Stage program for girls ages 8 – 16 to provide self esteem & aggression control
A video monitor for St. Joseph’s Hospice

Funds were made available as a result of the Chapter’s participation in the IODE Christmas Home Tour and Spring Geranium sales.

Create your own unique website with customizable templates.
"Imperial Order Daughters of the Empire"